Just a mile down the road from my home, housed inside the lovely red brick buildings of Westminster College, is the Cambridge Centre for Christianity Worldwide. The goal of the Centre is to “encourage people…to engage with, encounter, and enquire about the global nature of Christianity in its historical development and in the contemporary world.” That sounds like a good idea to me and it sounds a lot like the goals of other similar organizations (like the Centre for the Study of World Christianity, the Overseas Ministry Study Center, the Oxford Centre for Mission Studies, and the Center for the Study of Global Christianity to name a few that are based in the Western world).

But what are all the academics in all these places up to? The only part of their work that many of us will ever encounter likely falls on the demographic side. You’ve probably come across one infographic or another depicting the Global Church, but what are these academics doing other than counting Christians…and then waiting for the new year so that they can count again?

One of the key things that scholars of Global Christianity do is amplify voices which could otherwise be missed. There is a vast amount of insight, experience, and wisdom scattered all throughout the church. Recent decades have witnessed a growing momentum to look deeper into our history and listen to voices which have been misheard or missed altogether. That is a good thing, but we desperately need to widen our horizons and look beyond the Western tradition. Academics studying Christianity Worldwide are giving us the ability to listen further afield. Because of their work, we can hear more.

To demonstrate how this amplification works I randomly chose a (pre-covid) issue of the academic journal Studies in World Christianity. Here is the Table of Contents for the December 2018 edition:

Some of these titles could rouse your curiosity but others will leave you confused or even skeptical. What are the politics of religious conversion? What in the world does Christification even mean? How do Arab and Orthodox identity in Jordan have anything to do with me?

A glimpse inside what goes on in most parts of academia can be perplexing for outsiders. Is anything worthwhile being accomplished here? It is a fair question. It is probably not immediately obvious that the articles I just listed connect with anything directly in your concern.

The apparent disconnect is partly due to the way that scholarship demands specialist terminology and precision. Academics need to use a specific set of words in a specific set of ways to communicate their thinking. But those words and ways of using them are often unfamiliar to those not in their field. Further, the means by which scholars move their discussions forward is most often by asking very precise questions. These questions can be so specific that it is difficult to see what value they have to the broader issues where we feel more at home.

So, how does this kind of academic work serve a church which has feet on the ground and the mission of God in mind? I can think of a few ways, but for now I want to focus on how this kind of work amplifies valuable voices so that a wider group can hear, and benefit from, them.

In 2018 I attended the ICETE (International Council for Evangelical Theological Education) Consultation in Panama. On one the last days I sat with the Dean of a Nigerian seminary as we waited for the morning session to begin. He told me about violence that the people in their churches were facing from jihadists. The role of his seminary is to prepare pastors to shepherd Nigerian churches and their pastors were asking for help. When bands of armed men come…do we tell our people to take up arms and fight back? To give up their homes and run? To stay and die?

He framed these issues as a man in the midst of them himself. He aimed these questions at me and let them hang in the silence. I sat there feeling their weight suppress my sense that I now ought to say something. Now, I ‘know’ a few things that are relevant. I could talk about the directions that I understand the Bible to push on violence and peace. I could summarize a few approaches which have held weight in the Christian tradition. But I would not say that I have real wisdom for this. The question is: who does?

Take the fourth item on the table of contents that I listed above: “Seeking Justice in the Midst of War: The Experience of War for Chinese Christians as Reveled in The True Light Review, 1937-1941″ by Wan Leun Kwok. I had never heard of The True Light Review, let alone read any of its issues, before I randomly selected a volume of Studies in World Christianity for this post. But because of Kwok’s article, I not only now know that this was a Christian periodical published in China during the early 20th century, but I, and others, can also listen to the hard-won wisdom of our Chinese brothers and sisters in Christ from this period.

The True Light Review was centred in the Shanghai International Settlement during the Sino-Japanese conflict which overlapped with the Second World War. Because of this location, the Review was able to remain clear of government control and maintained an impressive measure of free speech. This makes it an important chronicle of Chinese Christian faith and experience during the complex period of tension and conflict. Chinese Christians were facing a host of difficult questions and decisions. As Kwok points out: “Seeking justice in war is not a clear-cut, black-and-white dichotomy between resistance and collaboration.” The decisions that Christians must make in such situations are full of “ambiguities and moral dilemmas”.

What Kwok has done in this article is to mine the pages of The True Light Review through a specific period so that he can bring these distinct Chinese voices into conversation with the broader Christian tradition of reflection on war and justice. Kwok shows where the fault lines ran for these Christians and how they worked their way through them.

In the Western tradition, when we think about these realities we tend to be informed by people like Augustine and Thomas Aquinas. We may even read John Howard Yoder or Richard and Reinhold Niebuhr. But we do not hear from S.M. Tsa, the editor of the Review during the Sino-Japanese war. By digging into the archives with a precise question, Kwok has enabled us to hear a new and significant voice on a topic which many Christians are directly facing today.

Another good example of how academics allow us to hear voices which we would otherwise miss is Alfred Olwa’s book: Missionary of Reconciliation: The Role of the Doctrine of Reconciliation in the Preaching of Bishop Festo Kivengere of Uganda Between 1971-1988.

Festo Kivengere (1919-1988) was a highly significant figure in Uganda during the horrific reign of Idi Amin, but also in the Global Evangelical movement which was then in the process of becoming increasingly interconnected. Olwa’s study is focused on the theme of reconciliation in Kivengere’s preaching during the period of Amin’s ascendancy in Uganda. Idi Amin was responsible for the death of Kivengere’s friends and Kivengere himself barely escaped falling into the hands of Amin’s secret service. Yet in 1977, Kivengere caused a stir by publishing a little book called I Love Idi Amin. Clearly, this is a man who is well qualified to preach about reconciliation and Olwa has enabled us to better understand and access Kivengere’s preaching.

Let me give just one more example of how scholars of the Global Church are serving us by amplifying important voices. It is important that the sources are pored over and brought to light, that they are set out in an accessible manner, but also that their continued existence is preserved.

This preservation is part of what makes Jesse Zink’s book so valuable. Zink has ensured the preservation of invaluable archival material and first-person testimony from South Sudan. His book, Christianity and Catastrophe in South Sudan, tells the story of unexpected growth in the Dinka Anglican church during the period leading up to South Sudan’s independence in 2011.

In the Appendix to the book, Zink tells us how he retrieved some of his material and the paragraph is worth quoting in full:

“The most helpful archive was also the most difficult to locate. During the war, the New Sudan Council of Churches (now South Sudan Council of Churches) began an archive at its offices in Nairobi. This material was then moved to Kampala before being brought to Juba after the Comprehensive Peace Agreement. I located this archive in a warehouse on the edge of a market in Juba. The description of its condition was best provided by the staff member who first took me to see it: “I think you have been misled if you think this is going to be a library with books on shelves.” Instead, we found approximately 20 cubic meter cardboard boxes in varying states of water-related disrepair, overflowing with letters, binders, reports, and more, all covered in a generous helping of dust. It had clearly been neglected for some time I spent nearly two weeks sorting through this material and photographing as much of it as possible. I retain a photograph of every document from that archive cited in this book.” (pp. 229-230)

Circumstances in South Sudan had left this material in a very precarious position. But Zink’s efforts have ensured at least some measure of preservation. Further, much of his research consisted of oral interviews which he recorded. Ongoing turmoil is not conducive to creation of written records so much of the history of this period exists only in the memories of those who lived through it. Without someone taking time to capture it, the experiences and insights of these people would be beyond reach, much to the detriment of our collective wisdom.

In the same Appendix, Zink narrates the response of an elderly female interviewee: “Thank you for coming and listening to me, I now feel that something will live on beyond me” (p. 228). This particular woman is not the only one who should be grateful. Zink was able to capture a number irreplaceable first-hand testimonies which otherwise would have been lost entirely. Christianity and Catastrophe is a good book with insightful analysis and an inspiring story. But its value is also simply in the material which it preserves.

I hope this has helped to give you a picture of how academics who are studying Christianity Worldwide are serving the church. We need all the help we can get to live out our calling and these scholars are working to make sure we can get it.

We work on behalf of a team that sends and supports us as we serve the Global Church. Click on the Together… tab for more information about how you can partner with us so that the good news of Jesus will be heard where he is least known.

2 thoughts on “Academics Turn Up the Volume” 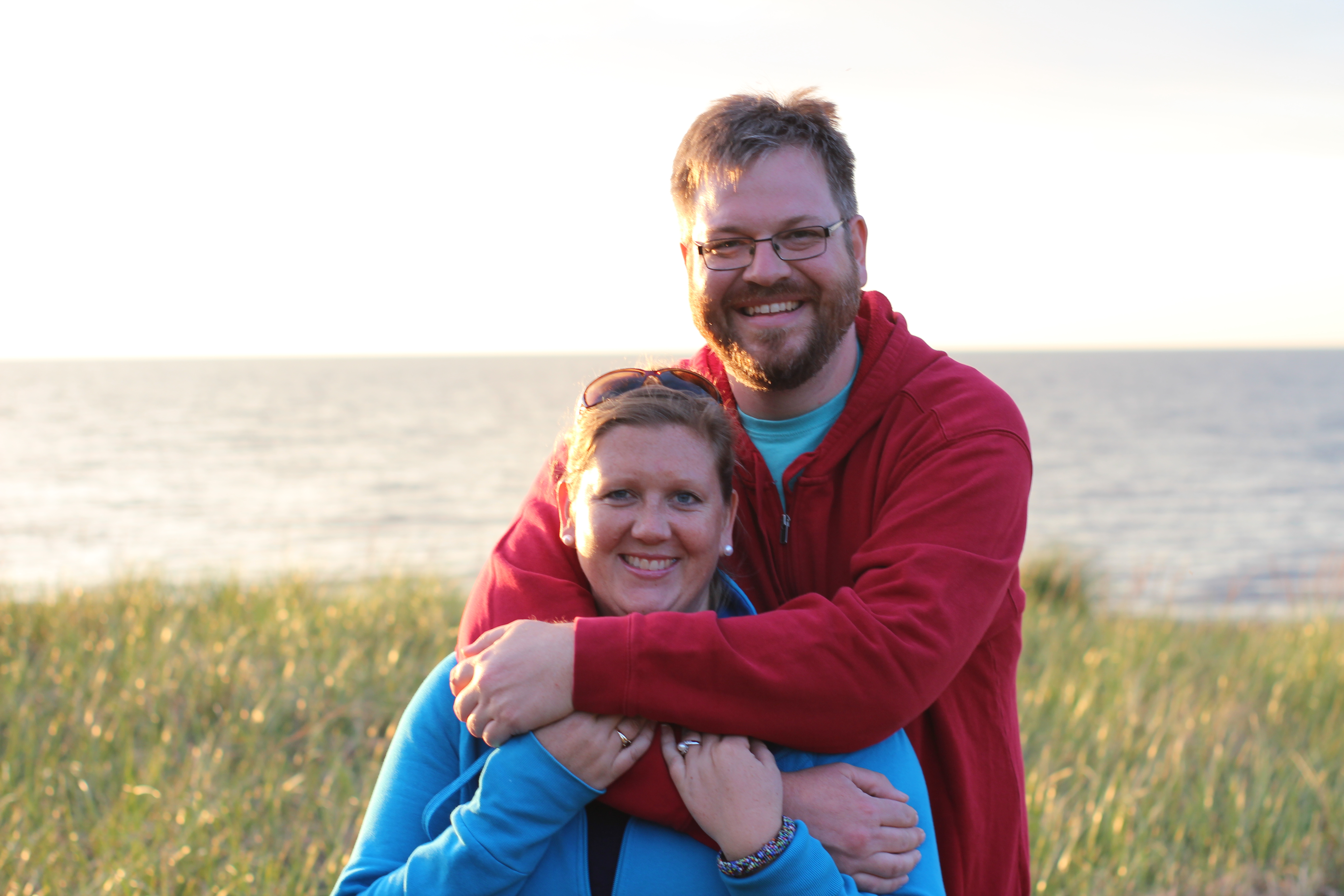